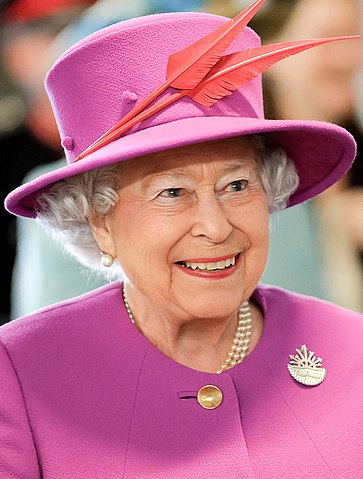 Queen Elizabeth II passed away at Balmoral, her beloved Scottish estate on the 8th September 2022.

Queen of Australia, she was a remarkable woman and monarch.

QE2 served as a driver and mechanic in World War 2 and was never expected to be the ruler of the Commonwealth. After her uncle abdicated and her father was coronated King George VI, she became next in line for the throne.

As ruler of the Commonwealth she dedicated her life to her subjects. She was quite a remarkable monarch, and like most of the women who have ruled Britain before her did a remarkable in their respective times.

(I recall a conversation where it was argued that if all the British Kings had ruled with the integrity of the Queens, eg Anne, Elizabeth, Victoria,  then democracy and republics might be a much rarer thing, even to the point that the USA might have remained within the Commonwealth.)

However, Charles is not his mother’s son. He has much more the characteristics of his father Prince Phillip, who was born in Greece and and a Prince of Greece and Denmark. While much loved by the QE2, he was prone to many inappropriate and insensitive gaffes, which were more than likely his attempt at humour.

And there’s the rub, Charles is his Father’s son, it is extremely unlikely he will ever be more than a shadow of his mother.

What is very interesting is why QEII and her husband, Prince Phillip chose the name Charles. It was a very inauspicious name for the man that was to inherit the throne and be known as Charles III.

Charles I was the first and only King to be tried, convicted, and executed for high treason in 1649. After his succession in 1625, Charles quarrelled with the Parliament of England, eventually resulting in a war. The war was a struggle over how much power parliament should have over the monarchy and forever changed the idea that an English monarch had the right to rule without the consent of their people. He believed in the divine right of kings, and many of his subjects opposed his actions as those of a tyrannical absolute monarch.

Charles II was the son of Charles I and after his father’s execution fled overseas. He returned in 1660. Charles dissolved the English Parliament in 1681 and ruled alone until his death in 1685. Charles is known as the Merry Monarch, a reference to the liveliness and hedonism of his court. He acknowledged at least 12 illegitimate children by various mistresses, but left no legitimate children and was succeeded by his brother, James. Here’s an ABC article about Charles I & II

What does Charles III have in store?

Charles III (King of Australia)  We’ve already seen how the married and then Prince Charles kept a mistress, (Camilla Parker Bowles now Queen Consort ) that led to the breakdown of his marriage to Diana, Princess of Wales. In a now famous Panorama interview Diana was asked, “Do you think Mrs Parker Bowles was a factor in the breakdown of your marriage?” Diana replied, Well, there were three of us in this marriage, so it was a bit crowded.” Lady Diana died in 1997

Then there is the conduct of one of his charities, the Prince’s Foundation. Currently, the charity is the subject of an ongoing Metropolitan Police investigation into cash-for-honours allegations.

It can safely be said that Charles will never be of the same calibre as his mother.

Question: Should Australia continue with the Monarchy and King Charles III?

Answer: No. Now is the time, more than ever to move forward.

This site uses Akismet to reduce spam. Learn how your comment data is processed.